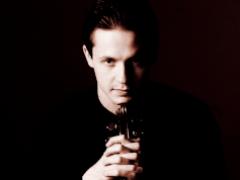 Canadian violinist and composer Stanislav Pronin was born in Moscow, Russia and began his violin studies upon his immigration to Israel at the age of 8. His first teacher was his grandfather, Veniamin Pronin, a student of Pyotr Stoliarskiy and former Professor at the Odessa Conservatoire. Stanislav continued his studies at Indiana University with Nelli Shkolnikova and Jaime Laredo, as well as composition lessons with Professor Sven-David Sandstrom, and later at the Hochschule für Musik Köln, Germany, with Professor Zakhar Bron.