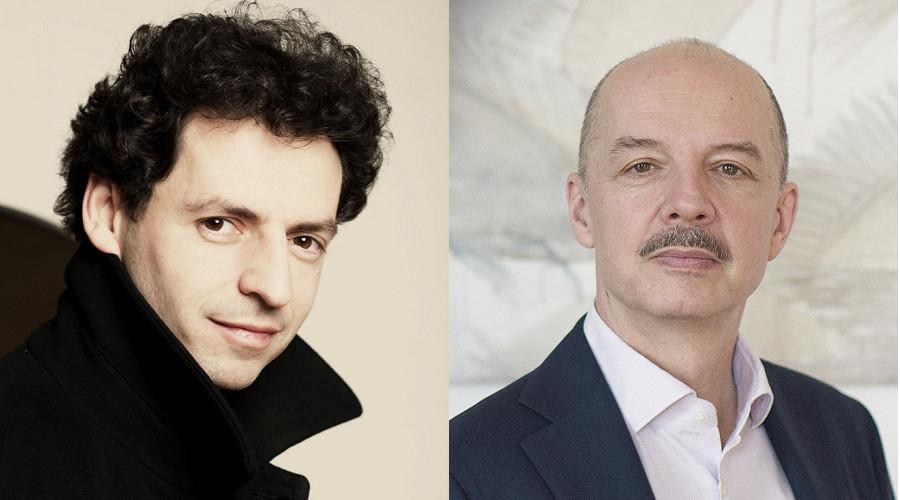 בהשתתפות:
Johannes Marian
Johannes Marian was born in Vienna where he studied piano, music pedagogy and composition at the University of Music and Performing Arts.
His international concert career as a soloist, chamber musician and accompanist is based on performances with acclaimed orchestras and ensembles such as the Wiener Philharmoniker, RSO Wien, the Muenchner Rundfunkorchester, the Wiener Kammerorchester, the Ensemble Wiener Collage and the ensemble "die reihe".He has played in renowned concert halls across Europe, Asia and America as well as festivals including the Wiener Festwochen, Salzburg Festival, steirischer herbst and Wien modern.
He has performed with conductors and soloists such as Pierre Boulez, Gustavo Dudamel, Thomas Hampson, René Staar and Hans Zender and he has collaborated as a pianist and organizer with a number of composers including Peter Ablinger, John Cage, Gyoergy Kurtág, Helmut Lachenmann, Isabel Mundry, Georg Nussbaumer, Christian Ofenbauer, Rebecca Saunders, René Staar and Christian Wolff.
Johannes Marian works as a piano professor and as the chair of the Ludwig van Beethoven Department of Piano in Music Education at the University of Music and Performing Arts Vienna.
Roman Zaslavsky,
Russian born Israeli pianist Roman Zaslavsky gained an international recognition after winning the Primer Gran Premio at the renowned “José Iturbi” International Piano Competition in Valencia, Spain. Since then he performs regularly at the major concert stages around the globe. His tours took him to almost all European countries as well as to Israel, Japan,Columbia, Mexico, Argentina and Brazil. In the past few years, the pianist has given performances also in Asia during his extensive tours in Taiwan and China appearing among others at the National Concert Hall in Taipei, at the Beijing Concert Hall, at the Shanghai Oriental Art Center etc.
Roman Zaslavsky is also a top prizewinner of some other renowned international piano competitions such as the “Vendome Prize” International Piano Competition in Cologne (the only winner) and the “3rd Hamamatsu Academy International Piano Competition” in Japan (second Prize).
Having left St. Petersburg and Russia in 1991 Roman Zaslavsky emigrated to Israel, then moved to Germany. Here he made his debut with the London Symphony Orchestra under the button of Gianandrea Noseda performing then regularly with acclaimed international orchestras in Spain, Italy, Germany, South America in collaboration with Michail Jurowski, Lászlo Kovács, Constantin Trinks, Ligia Amadio and Ruben Gazarian.
In 2017 Roman Zaslavsky was appointed Professor for Piano at the University of Music and Performing Arts in Vienna.
Roman Zaslavsky’s concert appearances in such concert halls as the Berliner Philharmonie, the Philharmonie am Gasteig in Munich, the Alte Oper in Frankfurt, the Laeiszhalle in Hamburg, the Royal Concertgebouw in Amsterdam, the Tonhalle in Zurich, the Palau de la Música in Valencia, the Auditorio Nacional de Música in Madrid, the Salle Gaveau in Paris, the Oji Hall in Tokyo, the Kitara Hall in Sapporo, the Sala Cecilia Meireles in Rio de Janeiro, the Sala Sao Paolo in Sao Paolo and the Jerusalem Theatre are recognized by international audiences and critics alike.
שתף: