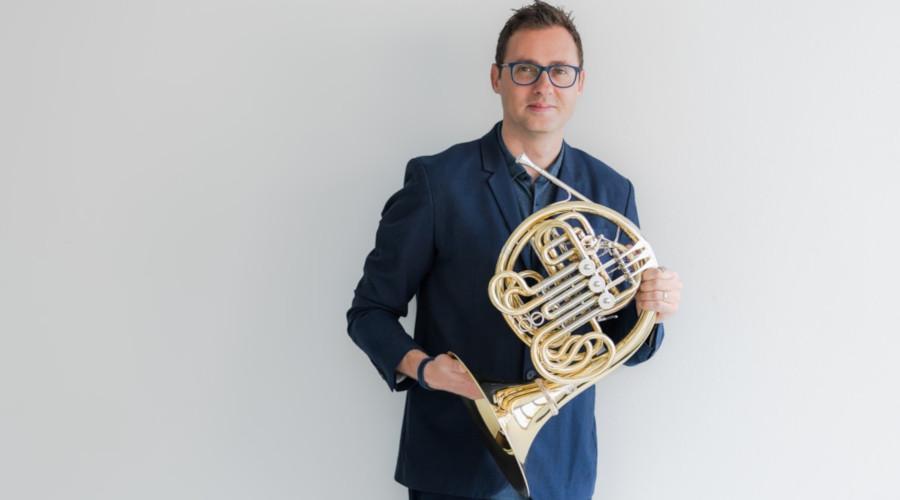 Saar Berger, born in 1980, has been a member of the international ensemble “Ensemble Modern” in Frankfurt since 2007.

He studied at the Rubin Music Academy in Tel Aviv and Jerusalem Academy for Musik and Dance with Chezi Nir und Michael Slatkin before joining the Israeli Opera Symphony Orchestra.

Thanks to grants and awards from the Zvi and Ofra Meitar Family Fund and the America-Israel cultural Foundation, he completed his studies in Berlin with

Prof .Neunecker and in Frankfurt am Main with Prof. Penzel and Prof. Tapani, before winning the solo Horn Position with Ensemble Modern in Frankfurt.

Saar Berger cooperates closely with many young and internationally established composers and has been able to enrich the already extensive horn literature by performing many world premieres of concerts and solo pieces as a soloist.

Since 2007 , he teaches at the International Ensemble Modern Academy and the Academy for Music and Performing Arts in Frankfurt am Main.

Since 2017 he has been part of the teaching faculty at the Lucerne Festival Academy.

Saar Berger has been appointed since October 2019 , as the new Horn Professor at the State Music Academy in Trossingen , Germany.

“ Horn around the World “ with 12 new premieres from composers around the world for Solo Horn .

The double CD album "Traveling Pieces", a solo portrait with 17 new world premieres for Horn, was released in 2014 by the Ensemble Modern Media Label.

The Percussion & Horn album "Stop & Horn" is available from the Slovenian Composers Association and was released in 2014.