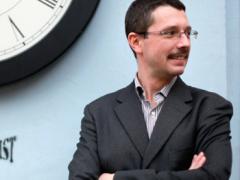 For last 10 years his composition class has gathered students from several countries. In 2006 his orchestral work Earthsumption (Wziemięwzięcie) has been recommended by the jury of 56thInternational Composers’ Tribune in Paris. Its performance at the National Philharmonic in Warsaw opened the International Festival Warsaw Autumn in 2008.

His works are commissioned by outstanding artists, ensembles and institutions, including Warsaw Autumn‘s Friends and Ernst von Siemens Foundations, recorded on 9 CDs, printed in Poland and in France. In his works composed in late 90s Widłak concentrated rather on technical aspects of artistic workshop. Traditionally sounding, music from that period presents some polyphonic and counterpoint technics, but its important attribute – except a distinct harmony and expressive rhythm – is a repetition. Since 2000 composer changed his musical language, turning into more radical sound and harmony, timbral effects and multilayered structure. The intellectual aspect of composition appears in complexity of constructions, game of musical idioms, integration of motives and intervals.