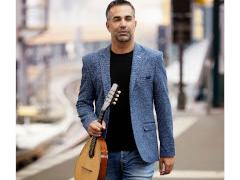 Renowned worldwide for his musical integrity and effortless brilliance, Israeli mandolin player Jacob Reuven is one of the most sought-after virtuosos of his instrument. Reuven's broad musical horizons encompass everything from baroque to contemporary music, bringing an exuberance matched with uncompromising musical standards to all he does.

Studying under the guidance of Prof. Simha Nathanson at the Beer Sheva Music Conservatory, and later Prof. Motti Smidt at the Jerusalem Academy of Music and Dance, Reuven mastered the interpretations of repertoire for solo violin, consequently becoming the first mandolin player to ever perform violin repertoire on a mandolin with an Israeli orchestra.

His precision and technical mastery, matched by his transcendental performances, have brought Reuven a worldwide following and recognition. He has performed as a soloist at various prestigious international festivals including Dresden Music Festival, Potsdam Sanssouci Music Festival, and Festival Mandolines de Lunel, and he has played under the baton of conductors such as Zubin Mehta, Mstislav Rostropovitch, Antonio Pappano, Mendi Rodan and Zsolt Nagy. Nationally, Reuven has performed as a soloist with the Israel Philharmonic Orchestra, the Jerusalem Symphony Orchestra, and the Israeli Sinfonietta, among others.

A highly regarded mandolin pedagogue, Reuven is a professor at the Jerusalem Academy of Music and Dance, and a director of the Beer-Sheva Music Conservatory. He plays a custom-made mandolin by Israeli luthier Arik Kerman, and is a founder of the award-winning Kerman Mandolin Quartet and the 16 Strings duo.

The lecture is as part of the course "The Artist as an Agent of Change".