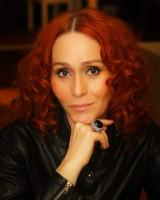 Since arriving in Israel in 1990 from the former Soviet Union, soprano Larissa Tetuev has established herself as the leading Israeli soprano with a formidable international career. Having begun her musical studies as a pianist, Ms. Tetuev participated in the Israel Vocal Arts Institute and was immediately recognized as a promising talent, receiving scholarships for professional study abroad. The soprano-lirico made her debut with the New Israeli Opera in the title role of Marenka in Smetana’s The Bartered Bride, and participated that same season in the visiting Kirov production of Shostakovich’s Lady Macbeth of Mtsensk, conducted by Valery Gergiev. The following season, Ms. Tetuev sang her first Contessa Almaviva in Le Nozze di Figaro, stepping in for an ailing colleague on short notice and emerging with a huge success. Some of her earlier roles, performed in Israel, include Fiordiligi in Cosí fan tutte, Donna Anna in Don Giovanni, Micaela Carmen, Violetta in La Traviata and the title role in Cilea’s Adrianna Lecouvreur.

In the 1997-98 season Ms. Tetuev made her United States debut as Donna Elvira in Don Giovanni with the Fort Worth Opera. Such was her success that she was immediately re-engaged by that company and sang there in the tile role of Puccini’s Madame Butterfly, and later to reprise her Contessa Almaviva in Le Nozze di Figaro. Ms. Tetuev sang her first ever Desdemona in Verdi’s Otello in the autumn of 2000 with the Portland Opera to critical acclaim.

Ms. Tetuev has performed under the baton of leading conductors such as the late Gari Bertini, Asher Fisch, Alexei Gergiev, Yuri Aharonovich and Zubin Mehta. Her concert-stage repertoire with includes Stabat Mater of Rossini, Pergolesi and Dvorak, C Minor Mass by Mozart, the Faure Requiem and Strauss’s Vier Letzte Lieder. The Verdi Requiem and the Beethoven 9th Symphony. In January 2000, she appeared in the New Israeli Opera’s “Viva la Voce” series in Rachmaninoff’s The Bells, under the baton of Yuri Aharonovich, to outstanding reviews. In The autumn of the same year Ms. Tetuev appeared in Leeds, Manchester and in London, at Queen Elizabeth Hall, with the Shoshtakovich Symphony No. 14. and in 2001 she was invited to Durban for a Verdi gala. Continuing in the same tradition, the reviews were superlative in every case.

Ms. Tetuev teaches voice at Jerusalem Academy of Music and Dance since 2011.