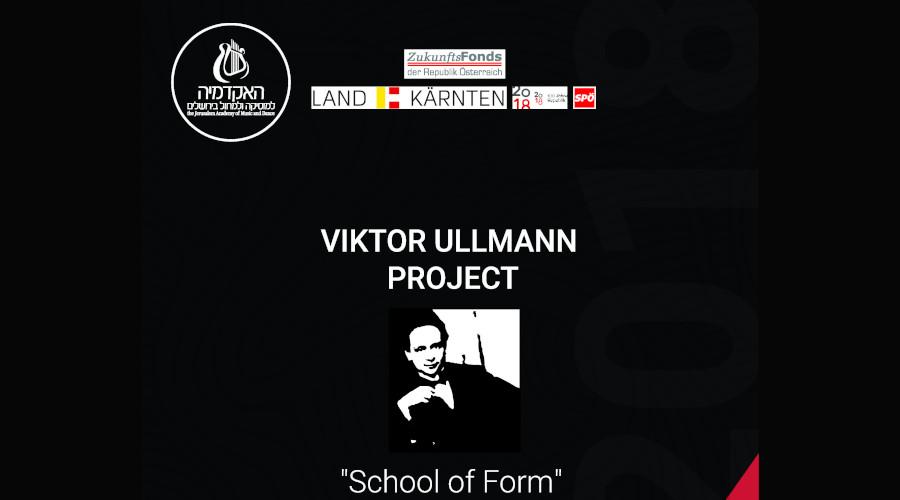 The Jerusalem Academy of Music and Dance is dedicating a week-long learning project to Viktor Ullmann, one of the most promising Jewish composers of the 20th century, who was murdered by the Nazis. This project will allow our students to deepen their knowledge in the Oeuvre of this uniquely creative musician, whose works, mainly created in Ghetto Terezin, where he was imprisoned for the last two years of his life, well deserve to be studied and performed.

I would like to warmly welcome our guests from the Mozarteum University in Salzburg: Prof. Annelie Gahl, Prof. Thérèse Lindquist, and Prof. Wolfgang Pillinger, as well as Opera and Theater director Herbert Gantschacher, who formulated and carried out the Viktor Ullmann project in our academy together with Zvi Semel. 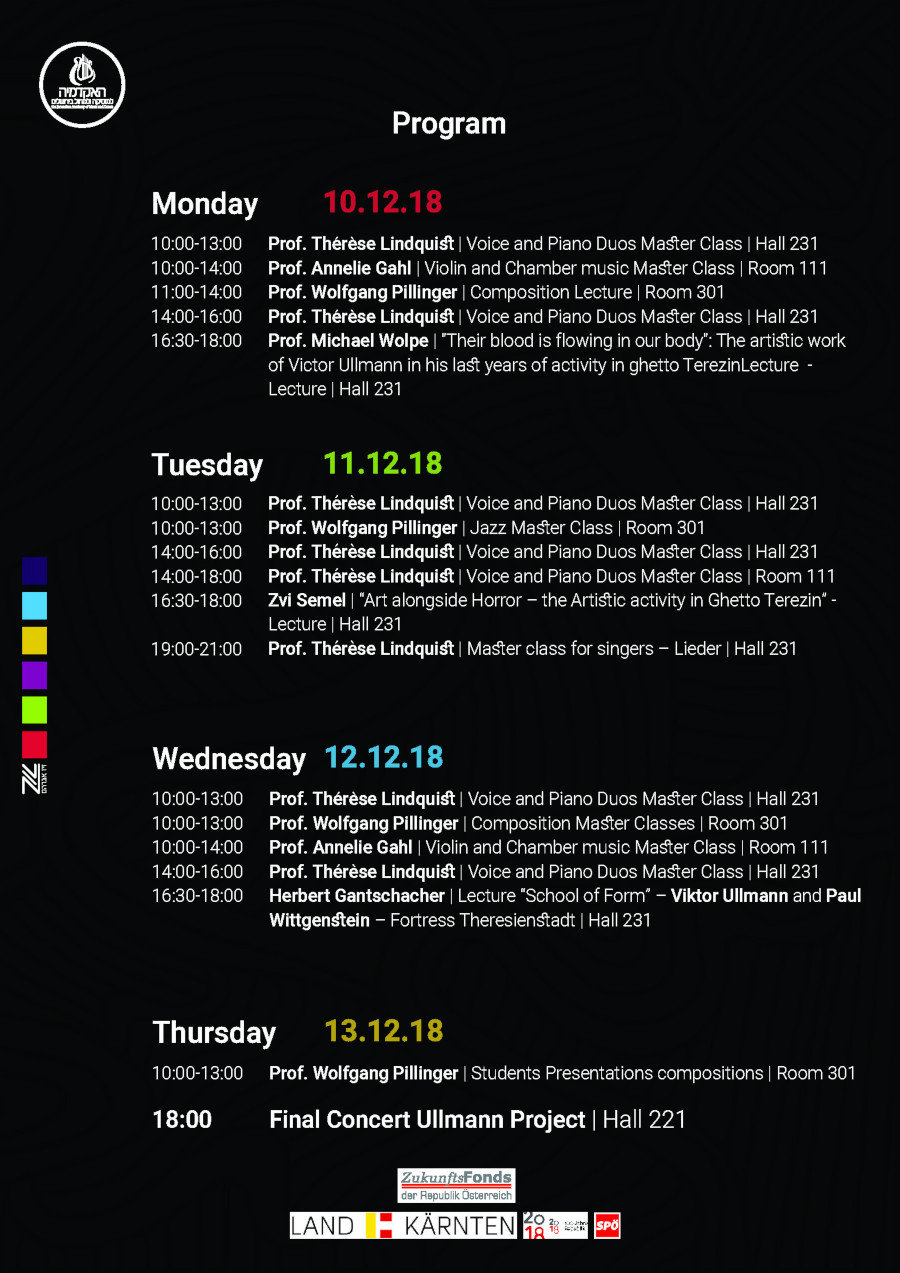