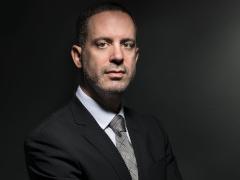 Participants:
Born in Israel in 1973, Amir Katz first began his piano studies with Hanna Shalgi at age eleven. At the age of fifteen, he was already playing with the Haifa Symphony Orchestra and the Israel Chamber Orchestra. After winning several national competitions and receiving a scholarship from the America-Israel Cultural Foundation and the Clairmont Award, Katz moved to Europe, supported by other fellowships, including a DAAD grant, to continue his studies with Sulamita Aronovsky, Elisso Wirssaladze, and Michael Schäfer. At the International Piano Academy on Lake Como, he studied under the tutelage of Leon Fleisher, Karl Ulrich Schnabel, and Murray Perahia. In four international competitions, Katz was awarded first prize: Maria Canals in Barcelona, Robert Casadesus in Cleveland, Viotti Valsesia in Italy, and the Schubert Competition in Dortmund.