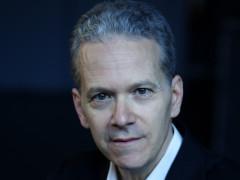 Among his most recent recordings are All Who Wander, a recital disc with Jamie Barton; Preludios - Spanish songs with Isabel Leonard; a recording of Strauss and Wagner lieder with Adrianne Pieczonka; and Dear Theo: 3 Song Cycles by Ben Moore with Paul Appleby, Susanna Phillips and Brett Polegato, all for the Delos label.  His latest release is A Lost World - Schubert Songs and Duets with Susanna Phillips and Shenyang, also with Delos.

In addition to his distinguished concert career, he serves as Artistic Director of the Marcus Institute for Vocal Arts at The Juilliard School.  Previously, he also served for eight years as the Executive Director of the Metropolitan Opera Lindemann Young Artists Development Program.