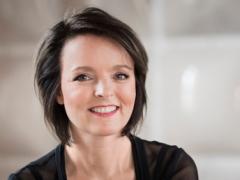 As one of the few female pianists specializing in song interpretation, Karola Theill has made her name as a performer, teacher and university lecturer. She appears in concert throughout Germany and abroad (Vienna Musikverein, Paris Opéra-Bastille) as well as in Israel, the USA and China.
Karola Theill has been the collaborate partner of singers including Dietrich Fischer-Dieskau, Benjamin Bruns, Okka von der Damerau, Angela Denoke, Matthias Goerne,
Adrian Strooper and Nadine Weissmann.
Karola Theill teaches as a honorary professor at the Hochschule für Musik “Hanns Eisler” in Berlin and conducts a song-interpretation class at the Hochschule für Musik und Theater in Rostock.
She gives regular masterclasses in song all over the world