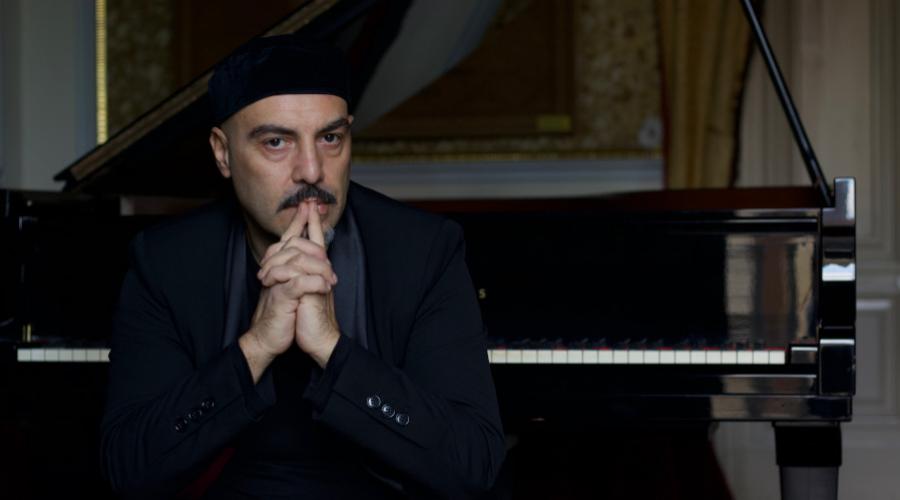 Massimiliano Valenti began his studies at age of 4 and then continued his musical studies at the Musical Institute "V. Bellini" in Catania with Professor Ms Mariapia Tricoli, graduating with top honors. Subsequently furthered his potential in Germany with the masters Paul Buch in Stuttgart, and later on in Monaco with the scholar Gerhard Oppitz . In 2000 he met Maestro Aldo Ciccolini in Paris with whom he begins an in-depth analysis of the French repertoire and finally in Romania with Diana Apan. Other Masters who have also contributed to his development are Oxana Yablonskaja, Marian Mika, Luigi Mostacci , Massimiliano Damerini and Dana Borsan.

At a very young age Valenti won numerous national and international competitions in all parts of Italy. Thus he began a brilliant concert activity which led him to perform in Festivals in main Italian cities. In 2004 debut in Brasov ( Romania ) he was described by the critics : "A talent out of the ordinary, who places himself on the path of the great pianism”. Soon he is invited to perform at the Banatul Philharmonic of Timisoara and Sibiu, European Capital of Culture at that time, at the International Festival " Carl Filtsch " in the State Philharmonic. Progressively he obtains appreciation from the international scene, performing at Festivals in prestigious European and overseas halls including: Berlin, Vienna, London, Edinburgh, Barcelona, Porto, Leon, Detroit, Baltimore, Toronto, Montreal and Seoul. since 2016 he has been a regular guest of the most important theaters of China, while 2019 opens the door to Japan. He is regularly invited to give courses of Advanced Piano in Italy and abroad including : the University of Aveiro Music Conservatory of Oporto (Portugal) , the University of Virginia Tech, Radford and Greenville (USA), the Department of Music in Timisoara (Romania) and the National University of Music in Seoul (Korea).

His programs, span all works for keyboard which comprehends the classical period, romantic and modern with a particular predilection for avant-garde music. Massimiliano Valenti does not follow the score but he dominates it through his reading of the music which grasps the most hidden movements. His personality is expressed through sound refinement and endless colours that are not written on paper but are set alive in the music halls: "It is not enough to follow the score, but you must master it all to render adequately the enthusiasm and the recollections”. He continuously manages to astonish and amaze his audience, who cannot but feel immediately overwhelmed by his stage presence. A presence only great artists are able to produce, the real ones , who transcend from superficial acrobatic techniques or artificial exhibitionists, aiming to the true and profound nature of the music.