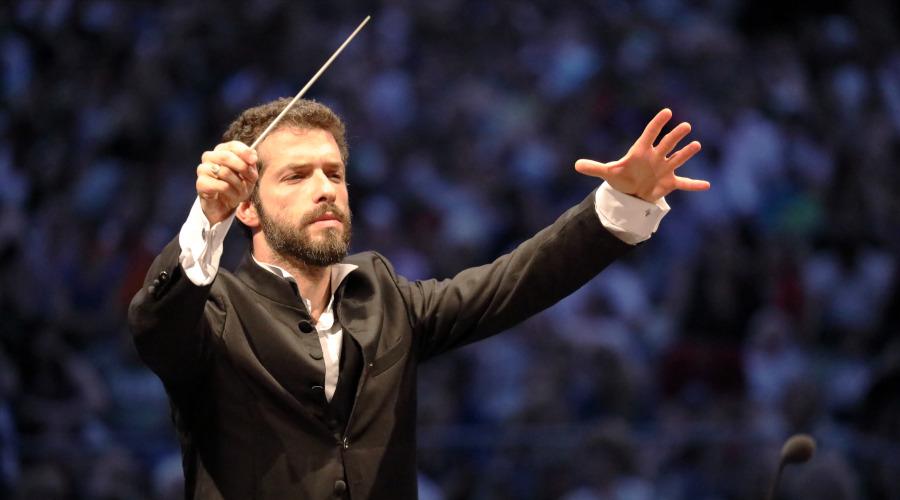 Omer Meir Wellber has established himself as one of today’s leading conductors of operatic and orchestral repertoire alike. In September 2018 he begins his tenure as Principal Guest Conductor at the Semperoper Dresden. In July 2019 he will take up the position of Chief Conductor of the BBC Philharmonic Orchestra and from January 2020 the position of Music Director of the Teatro Massimo in Palermo.

He has directed some of the world’s most prestigious ensembles, such as the London Philharmonic Orchestra, Gewandhausorchester Leipzig, Pittsburgh Symphony Orchestra, Swedish Radio Symphony Orchestra, Orchestre National de Lyon, City of Birmingham Symphony Orchestra, Staatskapelle Dresden, RAI Torino and Tonhalle Orchestra Zurich. His combination of energy and clarity and his ability to evoke nuanced detail from an orchestra have made him a regular guest conductor at the Bavarian State Opera Munich, La Fenice in Venice, and the Israeli Opera.

In-demand around the world, he balances constant international appearances with a commitment to performing classical music and promoting music integration projects in his native country Israel.