Lectures and Concerts by Guests from Belgrad Faculty

Lectures and Concerts by Guests from Belgrad Faculty
Add to Calendar 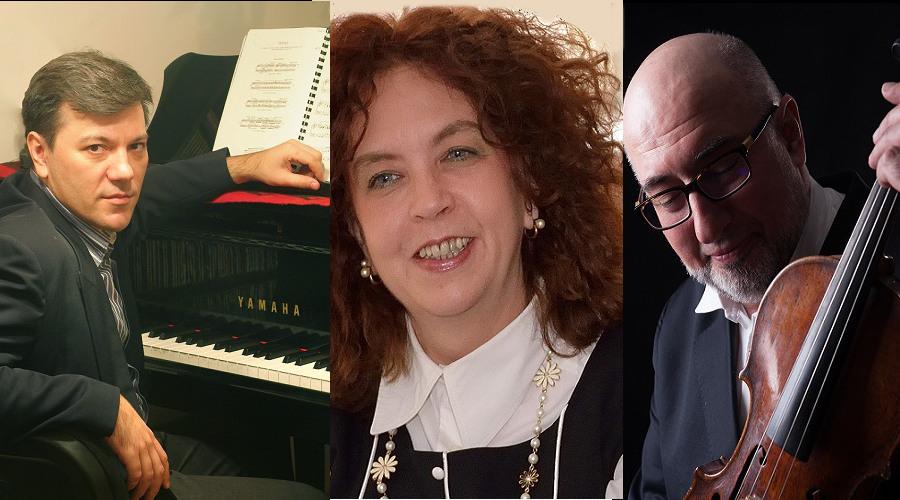 Her main research interests include the history of music of the fin de siècle, contemporary music, aesthetics and philosophy of music, and issues concerning thinking in music. She is author of six books (Musical Writing [Musical Writing and the Awareness of Musical Language with Special Consideration on Avant-Garde Music in the Second Half of the 20th Century], 1996 [2015], reviewed in Music and Letters; E lucevan le stelle – Selected Fragments from the Italian and French Opera Tradition, 1997; Claude Debussy and His Time, 2008; Processes of Panstylistic Musical Thinking, 2009; Interdisciplinary Approach to Music: Listening, Performing, Composing, 2014; and The Musical Text and the Ontology of the Musical Work, 2017).

Tijana Popović Mladjenović is a member of the International Musicological Society, the International Project on Musical Signification, the Serbian Musicological Society (a former president of the Managing Board), as well as a member of the Managing Board of the Composers’ Association of Serbia, and the Board of the Matica Srpska Department of Stage Art and Music.

Violist Dejan Mladjenović has performed more than 150 concerts in the last ten years, performing with significant chamber ensembles, symphony orchestras and in recitals with distinguished pianists in his native Serbia, France, Spain, Norway, Greece, Italy, Macedonia, Romania, Germany, Russia, Switzerland, the United States and Great Britain. He commands the instrument’s entire standard repertoire as well as many new works. To date, five significant viola concertos and many sonatas and smaller works have been composed and dedicated to him. Mr. Mladjenović is recognized as one of the Balkans’ finest violists – an artist whose marvellous expressivity, sonorous tone, and colour have won him praise by audiences and critics alike.

Born in Serbia, Dejan Mladjenović studied viola in his native country (University of Arts in Belgrade). Subsequently, he received a scholarship by the French government and attended Conservatoire National Supérieur de Musique in Paris where he pursued advanced studies and completed a Master’s degree in viola performance with highest honours. He attended master classes in Siena (1986/87), again as a scholarship student, this time at the Academia Chigiana, where he studied with Gerard Caussé and Yuri Bashmet. In 1988 he went to Grožnjan and studied with Grigori Zhislin; in 1990 he studied in Paris with Jesse Levine; and in 1991/92 he studied with Emanuel Vardi and Rivka Golani in Great Britain. Besides his active career as a concert soloist, he currently serves on the Faculty of Music, University of Arts in Belgrade, as the full-time professor of viola.

Aleksandar Serdar was born in 1967 in Belgrade, Serbia. He graduated in 1988 from the “Art Acadmy of Novi Sad” , and received in 1992 his Master of Music at the Peabody Conservatory of Music in Baltimore where he studied with Leon Fleisher for five years. Later and continued studies with Sergio Perticaroli at the Academy of Santa Ceilia in Rome.  Aleksandar Serdar won several international awards including Monza, Carlo Zecchi, Vercelli-Italy, Palm Beach and Cincinnati in the USA , Arthur Rubinstein in Tel Aviv (4th prize)..