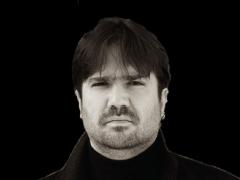 2005 Van Cliburn Piano Competition top-prize winner Davide Cabassi made his orchestral debut at the age of thirteen with the RAI Radio Symphony Orchestra in Milan. He has also collaborated with the Munich Philharmonic, Orchestra Filarmonica della Scala, the Neue Philharmonie Westfalen, Magdeburg Philhamoniker, the Russian Chamber Philharmonic, OSI Lugano, Fort Worth Symphony, as well as with many other orchestras working with such conductors as Gustav Kuhn, James Conlon, Asher Fisch, Antonello Manacorda, David Coleman, Vladimir Delman, Daniele Gatti, among others. In recital, he has been engaged by most of the prominent musical associations of his native country and he performed in Austria, China.

In spring 2012 a long collaboration with Teatro alla Scala made him perform with superstar etoille Roberto Bolle, Massimo Murru and Svetlana Zakarova. In 2013 he performed in Athens and in Beijing with the myth Sylvie Guillem. Appreciated for the warmth and sincerity he brings to his performances, Mr.Cabassi has been popular with U.S. presenters and audiences since he was declared a winner of the Twelfth an Cliburn International Piano Competition in June 2005.