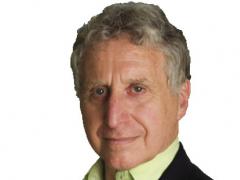 Yehuda Hanani's charismatic playing and profound interpretations bring him acclaim and reengagements throughout Europe, North and South America, the Orient and his native Israel. An extraordinary recitalist, he is equally renowned for performances with orchestras such as the Chicago Symphony, Philadelphia Orchestra, Israel Philharmonic, Jerusalem Symphony, and Seoul Symphony among others. He has collaborated with prominent fellow musicians, including Leon Fleisher, Aaron Copland, and many others.

Yehuda Hanani is Professor of Cello at the University of Cincinnati College Conservatory of Music and presents master classes internationally in conjunction with concert tours. As Artistic Director of the Close Encounters With Music chamber music series in the Berkshires and in South Florida. Soloist, chamber musician, master teacher and ambassador of the arts, Mr. Hanani inspires audiences the world over.