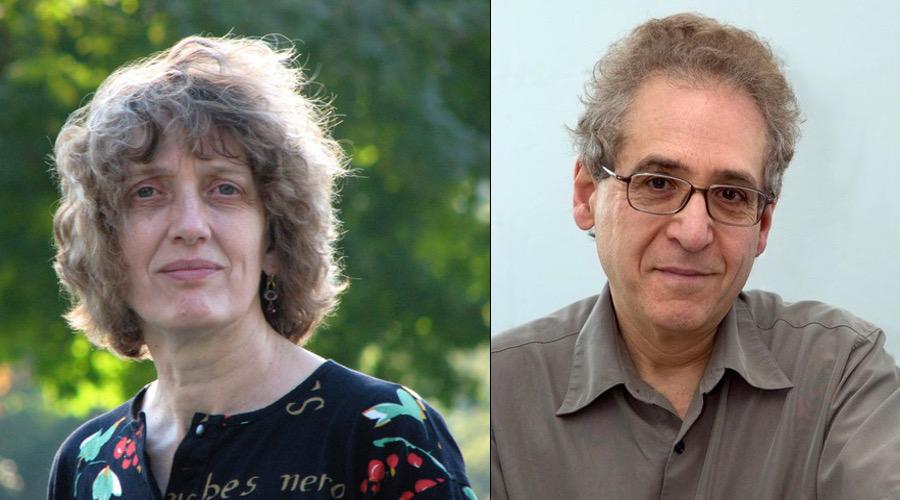 Noreen and Phillip Silver bring a wealth of performing experience to their highly regarded partnership. They have an enviable international reputation for chamber music playing of the highest caliber. The Duo, founded when they were students at the New England Conservatory of Music, has received accolades and acclaim from appreciative audiences and critics throughout Europe, Israel, the United States, Scandinavia, and the Czech Republic.

Their imaginative programming, in which lesser-known masterpieces are given exposure alongside established repertoire favorites, has proven very popular and made them much in demand. Working with legendary cellist Jacqueline du Pré early in their careers, was inspirational. During the 1980s the Silvers were part of the Van Leer Chamber Players and comprised two-thirds of the Van Leer Trio with violinist Eliahu Shulman. Phillip Silver is an internationally acclaimed solo and collaborative artist. The the Boston Globe called him “an international collaborative pianist of the first rank.” Over the course of his career he has performed with many distinguished artists including Denes Zsigmondy, Jian Wang, Elmar Oliveira, Albert Markov and Alexander Markov. Phillip has also been a member of the Van Leer Chamber Players in Jerusalem, the Rachmaninov Trio in the UK, and the Silver Duo, a long established ensemble with his wife, cellist Noreen Silver.

Phillip’s recorded legacy includes a recital of German Romantic Lieder with Israeli soprano Cilla Grossmeyer, and a recording of 20th century Russian piano trios as a member of the UK based Rachmaninov Trio. His most recent recordings for the Toccata Classics label in London include a world premiere recording of music by Leone Sinigaglia, an Italian-Jewish victim of the Nazis, and a recording of music by German-Jewish composer Bernhard Sekles. Maria Nockin reviewing this recording in Fanfare magazine commented upon the “brilliantly played
fireworks from the pianist” while Steve Arloff writing in MusicWeb International described it as “a really valuable discovery” marked by “flawless playing.”... “thoroughly deserving to be heard by every chamber music lover.”

Noreen Silver has been described by the Glasgow Herald as “an extraordinarily soulful player” who “demonstrates an uncommon depth of feeling and imagination.” After studies at the Royal College of Music in London, she spent a year in Geneva, Switzerland, a student of the renowned French cellist Pierre Fournier. Later, a Rotary International Fellowship enabled her to study at the New England Conservatory, where she met her husband, pianist Phillip Silver. Noreen is an adjunct faculty member of the University of Maine. Over the course of her career she has been a member of the Boston Opera Orchestra, the Northwest Chamber Orchestra and the Jerusalem Symphony Orchestra. She has been principal cellist of the Bangor Symphony Orchestra since 2005, and has appeared as soloist with the orchestra in Beethoven’s Triple Concerto (2005), Schumann’s Cello Concerto (2009), and the Haydn C Major Concerto (2017).