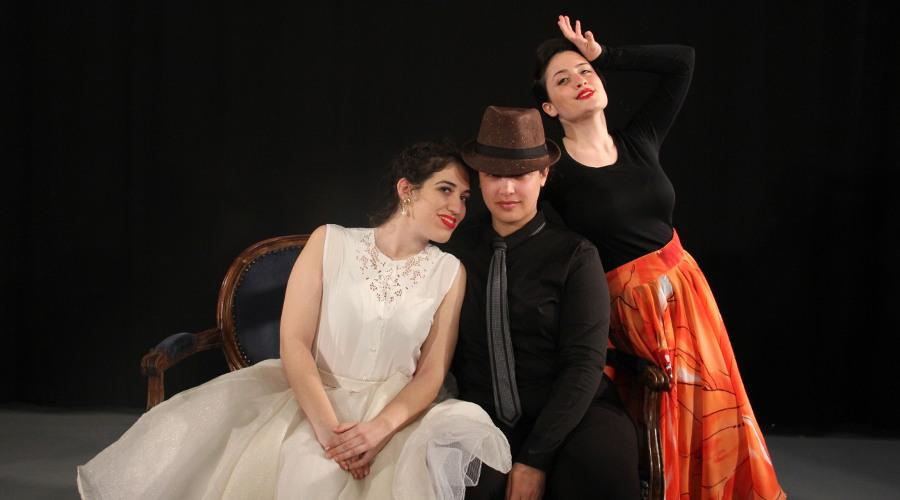 La Jolie parfumeuse is an operatic joke, unintentionally created as a statement about the fate of women, love and marriage. From 1850 to 1880 Offenbach created over a hundred operas intended, on the one hand, to give way to his insurmountable creativity, and on the other, to produce the means to support his thirst for the extravagance on the stage and his personal life. Paris of the Second Empire cannot be understood without Offenbach; a society wealthy enough to furnish itself with entertainment needed the type of music that Offenbach was eager to produce. In doing so, he became the most famous man in the Parisian opera for well over 20 years.

Most of his subjects dealt with the daily life of the same Parisians who repleted the varied venues in which he helped shaping the spirit of an era. The little perfume shop owner represents the quest of an independent  lower-middle-class women for a life of peaceful marriage with a man from whom she will receive love, respect and recognition of her worth. Such aspiration will collide with men´s hunting vocation, and she needs to turn to her wits and other women´s help, to overcome the frailness of men´s trust.

The production we are presenting at the Jerusalem Academy for Music and Dance takes place in the early 1960´s, as a means to remember that until then, for centuries, women´s social stand in most western countries remained very much the same. In many ways the situation of women until the late 60´s resembled Rose´s life, tribulations, pursuits and expectations. This production wants to acknowledge the immense changes brought by the heroes and heroines of the late 60´s, thanks to whose peaceful but vibrant revolution the stand of women and men was to be never the same.

Rose, owner of a perfumes shop is getting married to Bavolet. The wedding party takes place in the gardens of Le Porcheron, a small restaurant in Paris. As the party goes on, Chlorinde, Arthemise and Madelon, dancers from the Opera, have come to the restaurant to find out that La Cocardiere, Chlorinde´s lover and a very wealthy man, is among the guests. She suspects that he is interested in somebody else, and she tells him that she will come to take him home as soon as the party is over. Rose is worried about the location of her new home, since her groom hasn't told her anything about the location of their new apartment. As it is the custom, a parent has to take the bride home, but as the wedded couple has no parents, Bavolet asks La Cocardiere, his Godfather, to do the task. The whole party leaves Le Porcheron; the party is over, Bavolet leaves with his friend Poirot, and Rose with Bavolet´s Godfather.

At La Cocardiere´s mansion, the maids prepare Rose for a bridal´s lesson: La Cocardiere intends to couch her in the things she has to learn in order to give her husband a good first married night. Just as Chlorinde and her friends arrive to take over the place, she discovers the deceit and disappears in a cry. In a state of utter despair, Bavolet arrives blaming his Godfather of stealing his wife. He wants to check the rooms at La Cocardiere´s, but before he breaks in, Bruscambille, a stunning new dancer at the Opera appears to calm everybody down. She engages Chlorinde in a plan to trick La Cocardiere and Bavolet himself, who is heart broken by the fear that his wife betrayed him. At night, Poirot and La Cocardiere believe that they will take Bruscambille to bed, but she has managed to lure Bavolet to console himself with her. Meanwhile Chlorinde destroys La Cocardiere´s and Arthemise Poirot´s plans.

The morning after the wedding the neighbors come to the Perfumes Shop to greet the newly wedded couple. La Cocardiere appears to comment the night he passed with Rose, and she engages him as help in the little shop. Clorinde arrives to finish hers and Rose´s scheme by exposing La Cocardiere. Rose pretends to hide him from her in a closet full of perfume bottles. Clorinde makes such wreckage in the closet that he gets sick with the smell of perfumes and comes out to light. Bavolet returns to find out that Bruscambille, with whom he spent the night, is no other than his own wife; La Cocardiere discovers that the woman he slept with was not Rose but Clorinde. At  the end, everyone remembers  that a wedding will be just another ritual in human condition, if we don't  put much more than just love to make it last"