The Symphony Orchestra of the Jerusalem Academy of Music and Dance encompasses all students in the Academy’s orchestral instruments Department, and it performs major works taken from the symphonic music repertoire.  The orchestra functions much the same way that similar musical bodies function in other major institutions around the world.

Each orchestral project starts with auditions for all the orchestra’s musicians, and work for the concerts begins with an intensive rehearsal period with section instructors from Israel’s leading orchestras.  Later on there are separate rehearsals for all string instruments and woodwinds, and only afterwards does the entire orchestra meet for full rehearsals.

The purpose of the orchestra is to give the Academy’s students professional orchestral training, and to familiarize them with the classical treasures that make up the orchestral repertoire.

From the beginning of the 2012/2013 academic year the Orchestra bears the name of the conductor Mendi Rodan.  Mendi Rodan, winner of the Israel Prize in Music, has served since 1962 as professor of conducting at the Academy and from 1985 to 1994 as Head of the Academy.  He has conducted major orchestras in Israel and abroad and is considered as one of the pioneers in academic teaching of music in Israel. The Academy sees this act of commemoration as educational, connecting the younger generation to the legacy of Mendi Rodan. 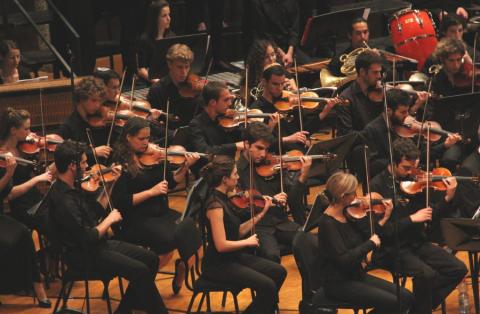 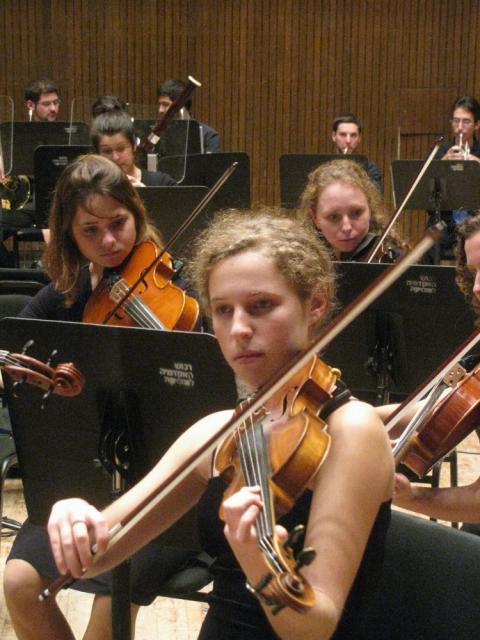 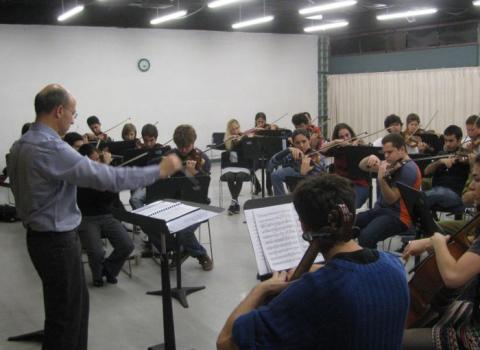 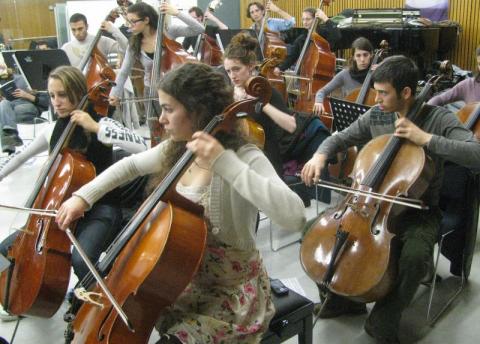