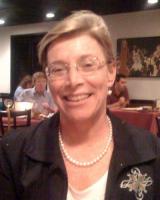 Robin Weisel-Capsouto brings to her teaching over 30 years of performance experience on the concert and the opera stage in Israel and abroad. She appeared as soloist with numerous orchestras in a repertoire ranging from Bach and Handel to Paul Ben Haim, Ben Zion Orgad and other modern composers. She was particularly noted for her interpretations of the works of Mozart, and she sang under the batons of many leading conductors, including Leonard Bernstein. Neville Marriner, Claudio Abbado, George Singer, Gary Bertini and Charles Dutoit. In one of her most memorable performances she sang in Duo with the reknown Tenor Placido Domingo and the Israel Philharmonic Orchestra under Zubin Mehta.
Robin was one of the founding members of the New Israel Opera and her major roles included: Susannah (le Nozze di Figaro); Zerlina (Don Giovanni); Mimi (La Boheme); the Governess (Benjamin Britten’sThe Turn of  the Screw); Frasquita (Carmen); and Mrs. Lovett (Sweeney Todd).
Ms. Weisel-Capsouto often collaborated with fellow Israeli musicians and colleagues in chamber music and recital programs. She appeared frequently at the Cfar Blum Chamber Music Festival and the Israel Festival, and received Omanut La’am’s highest award in recognition of her contribution to musical performances and projects throughout Israel.Robin taught voice along with her performing career for many years, and today her main occupation is the training of young singers. In addition to teaching at the Jerusalem Academy of Music and Dance, she runs the singing program at the “IRONI Aleph” high school in Tel Aviv, and gives master classes in schools around the country. Many of her former students appear on the Israeli and international concert stage.