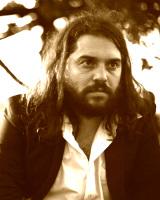 Teaching Areas:
Music Workshops
Piano Accompaniment
Nadav Vikinski is a composer who moves between classic concert writing and writing for theater and stage. He is a graduate of the Department of Composition and Conducting at the Jerusalem Academy of Music. Student of Zvi Avni and Yinam Leef.
He has written many classical works performed by various ensembles and orchestras. Among them - the children's opera "Balloona" based on libretto by Shira Geffen, written for the Haifa Symphony Orchestra, "mr. Poet", cantata for orchestra , a poet and choir, performed by Yankele Rotblit and the Revolution Orchestra, "Slaughterhouse 5" - operatic musical for  For the Acre Festival 2015, and more.
Vikinski is one of the most active composers in the field of theatre in Israel. In the last 20 years, he has composed over 100 soundtracks for theater shows, and has won many awards in Israel and abroad as part of his writing for the stage.
Add This: