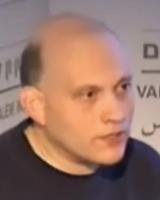 Dr. Yosef Goldenberg teaches at the Jerusalem Academy of Music and Dance, where he also serves as head librarian, and at the department of musicology at the Hebrew University of Jersualem. He is vice-chair of the Israel Musicological Society.
He is a theorist of tonal music, with emphasis on Schenkerian and neo-Riemannian theories. In 2001, he earned his Ph.D. (summa cum laude) from the Hebrew University, where he wrote his work on Prolongation of Seventh Chords in Tonal Music under the supervision of Prof. Roger Kamien. This work has been published in 2008 at Edwin Mellen Press. He published on music theory in IndianaTheory Review, Journal of Music Theory, Journal of Schenkerian Studies, Music Theory Online andTheory and Practice.
Dr. Goldenberg is also a scholar of Israeli folk, popular and art music, on which he published in Min-Ad, Iggud, Tav+ etc.
Formerly, he earned his BA.Mus that combined musicology studies with  composition studies at the Jerusalem Academy of Music and Dance with Prof. Haim Alexander and Prof. Menachem Zur, with whom he continued to study in course of his master studies.
Dr. Goldenberg also has an MA in library and information sciences from the Hebrew University.
He is a father of two daughters.