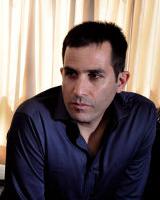 Born in Jerusalem. After receiving a diploma in piano and composition from the Rubin Conservatory, he enrolled in the Jerusalem Rubin academy of Music. There, he completed a B.Mus. and an Artist Diploma in composition (with Honors). He then pursued a Doctoral degree in composition at McGill University in Montreal. Dr. Adler is a senior lecturer of composition and theory at the Jerusalem Academy of Music and Dance since 2001. He held the positions of: Dean of Students of the Academy; Head of the composition department of the Cross- Disciplinary music program. He served at various committees, such as: Board of Trustees - Prime Minister Award; Doctoral Committee; Academic Affairs Committee, and others.

He was also nominated Composer-in-Residence for: McGill Symphony (2000), McGill Chamber Orchestra (1999) and Visby International Center for Composers (summer of 2011). Four compact discs containing his works were released in recent years. His music is published by the Israeli Music Institute (IMI) and the Israeli Music Center (IMC). His works are often recorded and played in the Israeli Radio, and were played in Radio France and others. His works were commissioned by the Divan Orchetsra; Jerusalem International Chamber Music Festival; Adele and John Gray Endowment Fund; Israel Camerata Orchetsra; Jerusalem Music Center; America -Israel Cultural Fund; Israeli Composers' League, and others.

Ayal Adler was the composer-in-residence for Meitar ensemble from 2006 -2012. Currently, he serves as the Ensemble's Advisor.

Ayal Alder is the director of the Israeli Comopsers' League.