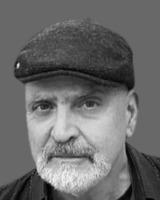 Composer, arranger, bassist, pedagogue, illustrator and lyricist.  Served as a bass player in the navy band.

Arnon is a professor at the Academy of Music and Dance in Jerusalem where he serves as dean of the multidisciplinary faculty, and also serves as a guest lecturer at many colleges and universities around the world, such as the Netherlands, Poland, Moldova, England, Ireland, France, Norway, Belgium, Taiwan, Germany, and Mongolia.  In the USA, Arnon serves as a  guest lecturer at Berklee, Boston, New York University, Queebs College, Texas, Northeastern University, Florida, Michigan, Iowa, Pennsylvania, and more.

Arnon's discography includes ten albums, including a quintet album with works written by him performed by Dave Liebman, Adam Nussbaum, Tim Hagans ,Dave Samuels and Uri Kane called Treasure Map, and an album dedicated to his arrangements called Tomorrow's Expectations, which was released by Dave Liebman and his big band in 2016  .

Arnon is the creator and artistic director of the "Dorot" ( Generations)annual jazz festival, which takes place  at "Beth Hayotzer"  in Tel Aviv port. The festival is dedicated to female empowerment and intergenerational integration. Another annual production that Arnon produces and artistically directs at Beth Hayotzer is the modern music marathon "Elephants and Mists".

Arnon is currently the head of the academic preparatory  for jazz studies in Haifa and Tel Aviv, which is designed to train students for higher studies in the academy.

His compositions and arrangements are published by the prestigious music publishers J. W. Pepper and Walrus Publications.
His book "Connecting points in jazz dialects ; the metamorphic process" was published in 2018 by Or-Tav Publishing and the Ono Academic College.  His books "Advanced Jazz Reharmonization Techniques and "Models and Lines" were published by Jazzbooks, New York in 2019 , as,well and numerous published articles in a variety of professional magazines.

Arnon has won the America-Israel Foundation awards five times in a row as a jazz composer and player, the first prize in the competition for writing arrangements for jazz orchestras in Mannheim, Germany, and in the composition competition of Laila Lavan, Tel Aviv for his string quartet "Opus 500"

In 2021, Arnon won the Prime Minister's Award for jazz composers - Israel's most prestigious award in music.