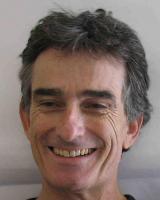 Amir Kolben is the Dean of the Dance Faculty at the Jerusalem Academy of Music and Dance.

Amir Kolben is also the founder of Kolben Dance Company, and has been its artistic director and choreographer since its inception.

Kolben, whose choreography has been performed to much acclaim in many theaters and festivals around the world, performed for many years as a dancer with Batsheva Dance Company as well as with the Israeli Ballet, the Opera Ballet in Freiburg, and in the United States. Kolben is one of the founders of Tamar Company – a landmark in the landscape of Israeli dance as the first fringe dance company in Israel – in which he co-founded the large school for contemporary dance in Ramla. Later, he served as the company’s artistic director. In 1996, Kolben founded Kombina Dance Company, which in 2006 became Kolben Dance Company.

Kolben is a senior lecturer at the Jerusalem Academy of Music and Dance, where he teaches several subjects, such as Classical Ballet, Choreography, Repertory and Dance Curation.

His academic experience alongside his artistic talent, allow Kolben to successfully blend in his work a profound analytical and intellectual dimension with a powerful and moving artistic and emotional experience. His activity in the field of dance spans almost four decades, during which he has become one of the most recognized and acclaimed figures in contemporary Israeli dance.