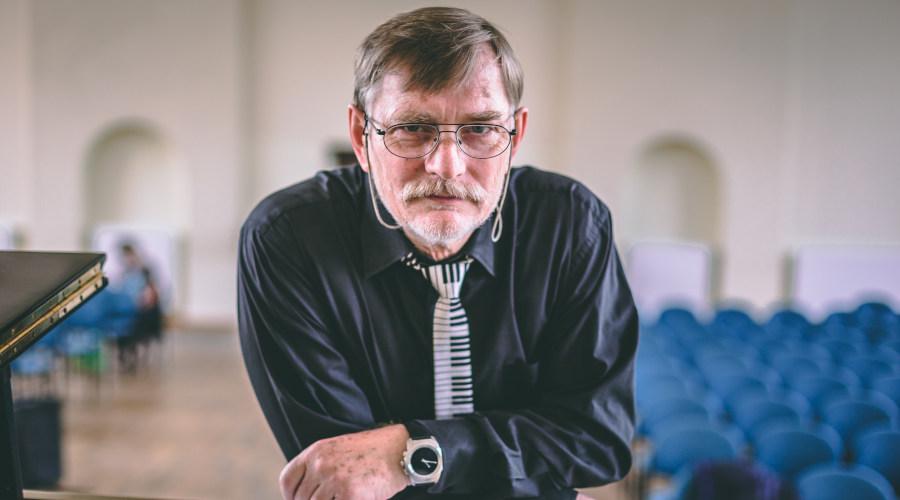 Krzysztof Olczak was born in 1956 in Łódź (Poland). He graduated as an accordionist from Warsaw Academy of Music and then entered the Composition Faculty at Stanisław Moniuszko Academy of Music in Gdańsk (a diploma with distinction), where he now works.
He is a prizewinner of both accordion and composition competitions. His awards include: a bronze medal at the International Accordion Competition in Auckland (New Zealand-1980), 1st and 2nd prize (1984) and 2nd prize (1988) at Premo Citta di Castelfidardo (Italy), 1st prize and a distinction at the All Polish Composers Competition in Rzeszów (1985), Stanisław Wyspiański State Award for composing achievements (1989).
As an accordion virtuoso he mainly performs contemporary music both in Poland and abroad (Austria, Estonia, Finland, Germany, Iceland, Iran, Italy, Norway, Slovakia, Spain, Sweden, Russia, USA). His works have been performed at various festivals of the new music (Internationale Studienwoche - Bonn,  Musik Biennale - Berlin, Blue Lake Festival – Lappeenranta, Conversatorium – Legnica, Do-Re-Mi – Łódź,  Gdańsk Encouters of Young Composers „The Way”, Scrivi e Suona – Kraków, Musica Polonica Nova - Wrocław, Poznań Spring, Warsaw Autumn, Varna Summer). His pieces were recorded on numerous labels in Poland and abroad.
Since 1979, he has been professionally associated with the Academy of Music in Gdańsk, where he works as a professor, currently managing the work of the Department of Composition