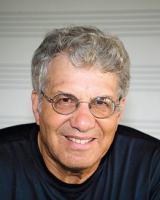 Stanley Sperber, a native of New York, is a graduate of Columbia University and the Juilliard School of Music. In New York he established the Zamir Chorale with which he appeared in Israel in the Zimriyot (international choral festivals) of 1967 and 1970. He immigrated to Israel in 1972 and made his debut with the Israel Philharmonic Orchestra in 1973. He has conducted all the leading orchestras in Israel and was music director of the Holon Chamber Orchestra. In addition, he was music director of the Haifa Symphony Orchestra from 1985 to 2000, after which time he was appointed Laureate Conductor.

A prominent expert in choral music and conducting, Stanley Sperber was, in his first years in Israel, the music director of the Tel Aviv Philharmonic Choir and, from 1972-1985, of the Jerusalem Academy Chamber Choir. He spent sixteen years as the music director and principal conductor of the Israel National Choir- Rinat.

Maestro Sperber has conducted a number of orchestras in North America including the Edmonton Philharmonic, the Oakland Symphony Orchestra and the Colorado Music Festival Orchestra. He has conducted the LaSalle Bank Do-It-Yourself "Messiah" performances since 1997 in Chicago's Orchestra Hall and Lyric Opera, featuring a chorus of 2500 singers.

Stanley Sperber has directed the Israel Chamber Orchestra and the Jerusalem Symphony Orchestra, the latter in performances of the Brahms Requiem as part of the Israel Festival. He appeared with the JSO in 2008 in a program of Shostakovich and Hajdu. He has also conducted performances of Stephen Sondheim's "Sweeney Todd" at the New Israel Opera.

A man of varied talents, Stanley Sperber is an active tennis player and an internationally certified tennis chair umpire. He has represented Israel in major competitions including the Davis Cup and the US Open.