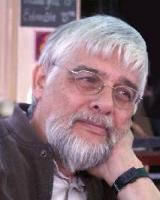 Aharon Harlap is one of Israel’s most prominent and well  known composers and conductors. He was born in Canada, where he began his musical career as a pianist. He completed his studies in Music and Mathematics at the University of Manitoba in 1963, and in 1964 immigrated to Israel.

He studied composition under P. Racine Fricker at London’s Royal College of Music and Oedoen Partos at the Tel Aviv Academy of Music. He also studied conducting with Sir Adrian Boult in London, Hans Swarowsky in Vienna and Gary Bertini in Israel.

Harlapis widely known as an orchestral, operatic and choral conductor and has appeared as guest conductor with orchestras and opera houses in Canada, the USA, Europe and South Africa. His own compositions have also been performed in all of these countries, including works for choir, chamber ensembles and symphony orchestras. In Israel he has appeared as guest conductor with most of the major orchestras, including the Israel Philharmonic, the Haifa Symphony Orchestra, the Israel Sinfonette Beer Sheva, the Kibbutzim Chamber Orchestra ,the Israel Chamber Orchestra and the Jerusalem Symphony Orchestra.

In the 2005 season, the Israeli Philharmonic performed the world premiere of the Bassoon Concerto which received the  ACUM prize in 2004. The work was composed for the orchestra’s principal bassoon player, Uzi Shalev, and was  also  performed
byhim.

In July 2006 Harlap represented Israelas an international choral judge at the World Choir Games held in Xiamen , China.. In 2004 , the Games were held in Bremen, Germany and the one before that (2002 )  in Busan, Korea . Both in Xiamen and Bremen, Harlap represented Israel as a judge as well.
AharonHarlap has currently completed his viola concerto dedicated to the international violist Rivka Golani. The work  received its premier performance in Budapest, Hungary on May 20,  2007 with the Dohnanyi – Budafok Orchestra, Budapest under the direction of the orchestra's music director Gabor Hollerung. The Israeli premier was performed on Sept. 17  in Haifa, Israel with the Haifa Symphony Orchestra . The soloist was once again Rivka Golani, and was conducted by the composer.

Harlapis a senior lecturer in choral and orchestral  conducting at the Jerusalem Academy of Music .He is also Music Director and conductor of the Kefar Sava Chamber Choir since 1997.