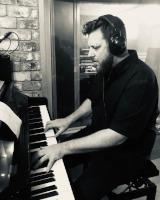 TAL YARDENI, one of the most prolific composers in Israel, has written and produced music for over 100 films and television programs over the past 20 years, among them Netflix's Greenhouse Academy, The Golem,Beyblade Season 4 Madam yankelova's fine literature club, Nevelot (“Eagles”), Haarmon ("Harem") ,Pamta, Schuna ("The Hood”) Oboy, Forever and Meusharot. In addition, Tal's music has been featured on such TV shows as Ellen, The Tyra Banks Show, and The Bachelor among others. He owns a Masters degree in Music Composition from Jerusalem Academy of Music and Dance.