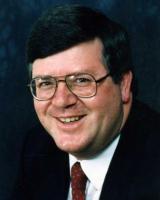 Raymond Goldstein was born in 1953 in Cape town where he completed his musical studies. Since 1978 he has been on the vocal faculty of the Jerusalem Academy of Music specializing inter alia in opera/musical theatre/Jewish art music.
He also holds the post of music - arranger (associate-conductor) to the Jerusalem Great Synagogue Choir where he has over 800 works to his credit.

In 1991 he was appointed senior teacher at the Tel Aviv Cantorial Institute.
As musical director/accompanist, he frequently appears both on stage, radio and television in Israel and has undertaken concert tours in Australia, USA and Western Europe. He has made professional recordings with international cantors and singers, and as accompanist and /or arranger, his name appears on more than 200 CDs, cassette tapes and DVDs. His compositions include a chamber opera, 2 cantatas, a concert Kabbalat  Shabbat service ,  orchestrations, works for chamber ensemble, and numerous arrangements [More than 2000 in total ], sacred and secular.