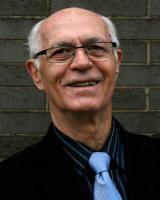 Tzvi Avni, laureat of the Israel Prize, is one of the foremost composers of Israel today. Born in Saarbruecken, Germany, in 1927, he came to Israel as a child. Initially self-taught he continued his studies with Paul Ben-Haim and Mordecai Seter. Later he furthered his studies in the U.S.A., at the Columbia-Princeton Electronic Music Center with Vladimir Ussachevsky and in Tanglewood with Aaron Copland and Lukas Foss. Since 1971 he has been a professor of theory and composition at the Jerusalem Rubin Academy of Music and Dance where he was head of that department as well as founder and head of the Electronic Music Studio. His works include several orchestral pieces, chamber music for various combinations, vocal and choral music, several electronic works, as well as music for ballet, theater, art films, radio plays, etc. Many of his works have been recorded and issued on records and CDs and are often performed around the world by numerous soloists, ensembles and symphony orchestras in Israel, Europe and America. Mr. Avni is a recipient of several prestigious prizes, including the Israel Prize (2001), the Culture Prize of the Saarland (1998), The Israel Prime Minister's Prize for his life achievements (1998), the ACUM Prize for his life achievements (1986), the Lieberson Prize, the Engel Prize, the Kuestermeier Prize, etc.