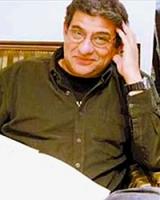 Haim Permont is a graduate of the Academy of Music and Dance in Jerusalem, Israel and The University of Pennsylvania in Philadelphia, USA. Studying composition with Mark Kopytman in Israel and with Richard Wernick and George Crumb in the US, his works include music for all genre and media including symphonic, chamber, vocal music for mixed and children's choirs,  vocal music for soloists and orchestra, concerti, opera, music for the theatre and cinema and multi-media works.

Permont's music was commissioned premiered and performed by all leading orchestras, ensembles and choirs in Israel and performed throughout Europe, the US, Australia, South America and the Far East. He is a winner of numerous prizes including the Israeli Prime Minister's Prize for Composers, Three time ACUM (the Israeli organization of writers composers and publishers) prize winner, winner of the Rosenblum Prize for the promotion of the Performing Arts in Israel, the Margalit Prize for music for the theatre, the ASCAP prize in the US and others.

Since 1985, after completing his PhD studies in the US he joined the faculty of the Academy of Music and Dance in Jerusalem where he works as a professor of Composition. Haim Permont held several academic positions at the academy including that of the Dean of the Faculty of Composition, Conducting, Theory of Music and Musical Education.